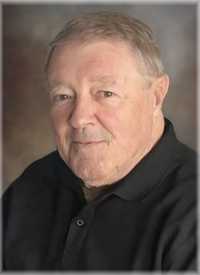 Peacefully, at North York General Hospital, with his family by his side.

Predeceased by his parents, Vincent and Beatrice; brother, Paul; sister-in-law, Mary; and son-in-law, Robert Richards. In Terry's words: "It was a great ride!"

Terry attended St. Michael's College School and tried to live his life by their motto: Teach me Goodness, Discipline, and Knowledge.

They were true soulmates who never ran out of things to talk about.

Together they raised two daughters, Cathy and Linda, who were the centre of their lives.

Being a father came naturally to Terry and he was a very involved dad, who made life lots of fun with his great storytelling abilities and playful nature.

Terry enjoyed a long, successful career at Zurich Life, where he made many lifelong friends. His retirement was filled with volunteer work, which he loved. Near and dear to his heart was his work with the Terry Fox Foundation where he raised over $50,000 over 30 years.

His most cherished role was that of Poppa to his five grandchildren. He was their biggest cheerleader and supported them in all their endeavours. Terry thoroughly enjoyed his life. He loved history, travelling, his granddogs, his cars, sweets, and the Toronto Maple Leafs, but most of all Terry loved his family.

His was truly a life well-lived. He will be missed so very much by his loving wife, Anne; his daughters, Cathy (Steve) and Linda (Dave); his grandchildren, Katie, Sarah, Sean, Emily and Julia; his sister-in-law, Phyllis; and many family and friends.

We are so grateful for the loving care Terry received in the Palliative Care Unit at NYGH by Dr. Rosenblum and nurses, Scarlett and Annaliza.

If desired, you may consider a donation to the Terry Fox Foundation (www.terryfox.ca) or your favourite charity.