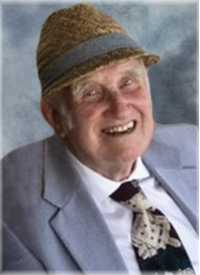 It is with heavy hearts that we announce the passing of Leonard McParland, at the age of 94.

He is reunited with his first wife, Kathleen, of 42 years.

He was a loving grandfather to 23 grandchildren.

Leonard was a man of faith; he was involved in the church throughout his life.