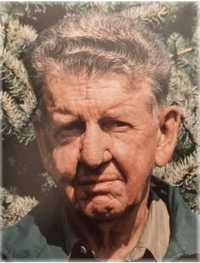 PEACOCK, Alan Harcourt    -   He died peacefully, at Extendicare, Port Hope, on Sunday, January 15, 2023, in his 96th year, after a lengthy battle with diabetes and kidney disease.

Great-Grandfather of Sari, Rohan, Angus, and Lily. Alan was born in Hope Township, son of the late Vernon and Vera and brother of the late Jackson Peacock (Susan).

Alan began his career as a professional forester with the Ontario Department of Lands & Forests (later the Ministry of Natural Resources) in 1949, in Simcoe County.

He then went north to Gogama, Kirkland Lake and Chapleau.

After Northern Ontario, he moved south to Tweed, Richmond Hill and Toronto, retiring after 34 years.

He returned to Hope Township to start a Christmas tree farm which he operated for 20 years.

He remained passionate about his love of forestry until the end and was very proud of the forest that he has left behind.

A Memorial Service will be held at The Ross Funeral Chapel on Tuesday, January 24, 2023, at 12 noon with Visiting one hour prior.

Memorial donations to The Northumberland Hills Hospital Foundation or to Diabetes Canada.