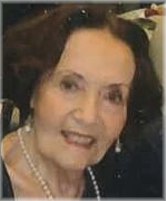 Memorial donations may be made to the Canadian Cancer Society or to the Jewish National Fund.