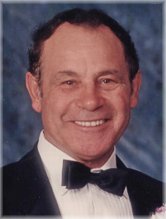 RICCI, Antonio - Peacefully entered the next phase of his life on July 10, 2019 at the tender age of 88. He passed while resting comfortably in bed at the Dorothy Ley Hospice in Etobicoke.

Born on April 14 th , 1931, in San Bartolomeo in Galdo, Italy, to wonderful parents Maria Michela and Giuseppe, he grew up alongside his seven brothers and sisters: Maria, Michele, Angelo, Raffaele, Antonietta, Franco and Lidia.

Antonio struck gold on February 14 th , 1955 when he married his loving and angelic wife Maria Bambina. Antonio and Bambina started their married life together in Italy working at the farmhouse together.

In search of a better life for his family, Antonio decided to leave for Switzerland where the money and opportunity was said to be plentiful. Bambina was only two months pregnant with their first child Joseph at the time so everything Antonio earned he sent back home.

After a decade working away from his family, Antonio was blessed with the opportunity of sponsorship into Canada by his brother Michele and his gracious wife Domenica. Antonio and Bambina accepted the offer and brought Joseph over to Canada where
they would soon give birth to their second blessing Michelle. Soon after settling in, Antonio’s brother Angelo joined them over in Canada where he would ultimately meet his lovely wife Enza. Antonio and his brothers watched with smiles as their families grew and intertwined with one another.

While working and then retiring in Etobicoke, Antonio loved tending to his garden. He also enjoyed taking a nice solid nap. When visiting Antonio all you had to do was give a quick peek through his porch window to know if it was one or the other. If he wasn’t
watching his eyelids while asleep on his big brown comfy recliner he was definitely sweating it out in the backyard, tending to his garden or mixing up a new barrel of his infamous wine. Or as he liked to call it: The best wine!

He was a caring father-in-law to Kevin Mahoney and Antonella Ricci. Proud grandfather to Jennifer, Christopher, Anthony, Tanya, Megan and Mikayla. And a loving great-grandfather to his beautiful Jacqueline and Juliet.

He is now reunited with his wife Maria Bambina and son Joseph and is gracefully remembered by his daughter Michelle Mahoney. He will be long remembered by his entire family. Visitation will be held at G. H. Hogle Funeral Home, Etobicoke on Sunday, July 14, 2019 2:00pm - 4:00pm and 7:00pm - 9:00pm. The service will take place at Holy Angels Catholic Church, 61 Jutland Rd, Etobicoke on Monday, July 15, 2019 at 10:00am.

If you feel so inclined, donations in Antonio’s name should be made to The Dorothy Ley
Hospice and/or Diabetes Canada.