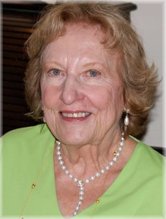 GROGIN, Esther Ruth (Heidebrecht) - On July 14, 2019, Esther passed away peacefully with her devoted husband and daughter at her side.

Esther was born on April 13, 1937, to John and Lena Heidebrecht in Castor, Alberta. She experienced great challenges growing upon on a farm that did not have electricity or running water. Esther learned about hard work and applied it to her education.

On August 21, 1967, Esther married the love of her life, Robert Grogin. While Esther dedicated so much time and energy to the profession of nursing, she gave her heart and soul to her husband, and to raising their three children. Esther was generous to a fault; never too busy to help out or to take on more work.

In raising her children, she was absolutely selfless, and her children will always remember her strength, her integrity, and most of all her unconditional love for her family.

In 2007, Esther and Robert moved from Saskatoon to Orangeville, Ontario to be closer to their daughter and her family.

Esther will be dearly missed by all who knew her, and especially her husband Robert, her children William (Darci) Grogin, Dan (Lesa) Grogin and Rebecca (Adrian) Shelley and her grandchildren Sophia Shelley, Brooke Shelley, Kate Grogin and Samuel Grogin.

She is also survived by her brother John Heidebrecht, nieces Danica, Ardella, Laurie, nephews Joshua and David and many cousins.

A Private Family Service will be held at the Dods & McNair Funeral Home, Orangeville.

After two of her granddaughters were diagnosed with type 1 diabetes, Esther became a passionate supporter of finding the cure. In lieu of flowers, Esther requested that donations be made to JDRF Canada.