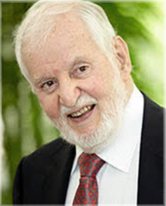 He was born on February 12, 1930 in Hamilton, Ontario to Charles Fitzhenry and Margaret Reagan, older brother to Janet (deceased) and Ruth (Helmut Schiller).

His family grew to include seven grandchildren: Scott, James, Kelly, Zoe, Duncan, Griffin and Reagan. Fitz graduated from McMaster University in 1954 and remained a proud alumnus for over six decades.

A Celebration of Life will be held at Mount Pleasant Visitation Centre, 375 Mount Pleasant Road, on Sunday, July 21, 2019 at 11:00 a.m. Interment and reception to follow. If you wish, memorial donations may be made to McMaster University (givetomcmaster.ca) or the McMichael Canadian Art Collection. (http://mcmichael.com/support-mcmichael) .