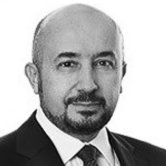 Passed away peacefully at his home surrounded by his family on August 18, 2019.

David enjoyed all aspects of his life with his family and friends. He was an avid traveller, having seen much of the world on his many journeys accompanied by his family. David loved being outdoors with his horses and spent much of his time at his country home in Campbellville bike riding and playing golf and tennis.

His family is proud of his many achievements throughout his life. As the oldest son of Maltese immigrants he grew up in the Junction neighbourhood of west end Toronto and dedicated much of his time to help socially and economically develop the area. David was the community leader which established the Malta Village BIA which has resulted in the complete revitalization of the Junction.

As a lawyer, early in his career he founded his own Bay Street law firm which bore his name and he became one of the most prominent lawyers in Canada, having officially represented the Toronto Stock Exchange in both China and the Middle East.

David also had a passion for horse racing where he owned, trained and personally raced horses across North America.

David had a tremendous desire to help the less fortunate and was active on many boards dedicated to improving peoples’ lives in Canada and Africa.

In lieu of flowers the family asks that donations be made to the Canadian Cancer Society.