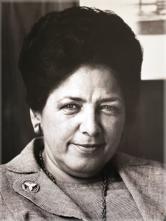 Bette was the daughter of Carl and Mildred Stephenson.

Bette decided she would be a physician at the age of five and pursued that objective even though it eventually required persuading the Dean of Medicine at the University of Toronto to accept her into the programme a year before she was eligible.  She became a doctor in 1946, met and married Allan Pengelly, who was also a med student, in 1948, and, as she had planned, had six children.

Bette practiced family medicine in Willowdale and was an active member of the medical staff at Women’s College Hospital in Toronto until 1988.

In lieu of flowers, donations may be made to the Justin Eves Foundation or the Women’s College Hospital Foundation.