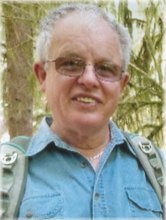 MAGIERA, Jurgen Joachim  - In the early morning hours of Sunday, August 18, 2019, Jurgen lost his half-year struggle with cancer at age 68.

He had put up a courageous struggle, but evil triumphed.

He was lovingly supported by the presence of his wife Pam and his daughters, Wendy and Jackie.

Jurgen had worked energetically since age fourteen and became one of the pioneers of concrete pumping.

His perseverance and steadfastness helped forge the foremost Canadian company in this field, Pumpcrete. His entire life Jurgen squeezed as much adventure as possible into every free moment. Canoeing, scuba, skiing took him to many wonderful locations.

Many extensive Ocean voyages with Pam and some with family took us to virtually half the World over the years.

Visiting our relations in Oregon, the Brauer family, was a particular highlight.

Jurgen is survived by his wife of many years, Pam, two daughters, their husbands and three grandchildren. Also his two brothers, Tom and Herb, their wives, as well as a large extended family of loving nephews, nieces and grandchildren. He stood as strong as an oak tree in life.

May the acorns grow with equal vigour.