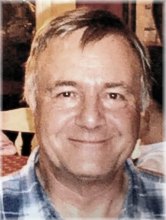 It is with great sadness that I must announce to all of you the death of my brother Chris Currelly.

Having been diagnosed with lung cancer with metastases to the brain in April of this year, he has waged a courageous fight against the inevitable which occurred at 11:25 PM, Saturday, August 31, 2019.


Survived by his brother Tom Currelly (Rochelle Gerardi) and his niece Katie Currelly.

Chris will also be missed by his many cousins, both on the Currelly side and the Christie side also his step relatives through his father’s second marriage.

Most of you will remember Chris as a kind and gentle man who had automobiles as his primary focus. While that would largely be true he also had another widely-varied side; a love of history.

Chris was born in Toronto Ont in October 1946 but soon moved with our family to Peterborough where our father went to practise law after his WW2 service. Chris did his primary schooling at Queen Mary Elementary School.

The memory must have stayed with him because he was front and center on the committee for the 100th anniversary of the school in 2016, something he was very proud of. He shifted to high school (PCVS, I think) and started to show an aptitude for history, then moved his schooling to Trinity College School in Port Hope where he gained a large number of lifelong friends and participated in the swim team and football.

During this time Chris was very warmly received by other family members of both the Currelly and Christie sides of our family. The days of skiing, boating, Christmas, Easter, winter fun, summer swims, waterskiing and travelling to the USA are far to numerous to enumerate.

After some time at Trent University Chris took up residence at his favorite alma mater the University of Waterloo, pursuing a B.A. Living at Renison College he gained even more friends many of whom have come to see him in hospital in his last months. The BA was followed by an M.A. and then a M-.Phil. All who knew him were amazed by his ability of virtually total recall of every point in his life.
Eventually he returned to his familiar haunts in the vicinity of Port Hope occupying a few different positions in places where he was appreciated by all who worked with him including Frew Farms, Simpson Memorials and the Port Hope Union Cemetery.

And there were always the cars; my, how he loved the world of automobiles. Amassing a collection of four 1960’s convertibles he was probably the winner of highest attendance record overall for car-shows in southern Ontario.

These shows run seven nights a week in the spring and summer and on occasion he would attend six of these each week. His avidness also extended to model diecast cars of which he amassed a substantial number.

In between his passion for cars and for his friends he also spent many visits with my family on the west coast, which I have many pictures of and which will now fill me with feelings of both great joy and great sadness at the knowledge that they are over.