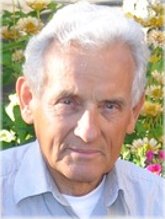 GUDDAT, Dieter Klaus - At age 82, passed away peacefully with his family by his side on November 3, 2019.

Born in Insterburg Germany in 1937, Dieter's family was forced to resettle in Nienburg, West Germany in 1945 at the end of World War 2. He studied electronics in Germany before immigrating to Toronto in 1958, where he started his own business, "East End Electronics", which he ran for over 45 years.

In 1961 he met his wife of 57 years, Marilyn. They moved to Markham in 1963, where they raised their 3 children Gia, Darcy, and Todd. They enjoyed many activities as a family, including bike riding, skiing, and skating. They were all involved in the Markham Skating Club where Dieter was recognized for over 50 years of volunteer work with the technical aspects of the Markham Skating Club and their Ice Show.

He loved to solve complex electrical problems for his friends and family and always enjoyed helping his children and grandchildren with their science and math projects. Music was also a big part of his life. He played the piano and was a big classical music fan.

Dieter was an avid cyclist and skier for most of his life. He made a ski trip every year to Sun Valley Idaho to visit his daughter and Ski Bald Mountain. One of his favourite actives was spending time with his grandchildren and cheering them on at their hockey and soccer games.

At Dieter's request, there will be no service at this time.