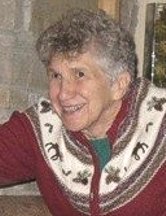 She was diagnosed with a return of breast cancer in October 2017.

She died peacefully at Kensington Hospice, Toronto on December 4, 2019.

Heidi attended University of Chicago for her Bachelor of Nursing degree.

She worked at WesleyMemorial Hospital and traveled to Brazil prior to working for USAID as a nurse advisor in Vietnam in 1968-1969.

She was Director of Nursing at Bestview Long Term Care. After nursing she worked for the Toronto Alzheimer’s Society, Toronto East CCAC and other jobs.

She also took time off from working to care for many of her close family members during their final months and at times of serious illness.

Heidi married Duncan Holmes on June 4, 1972 in Chicago. They lived in Montreal until moving to India for 6 months in 1973. Rachel was born July 28, 1973 in Hyderabad India. Heidi and Duncan separated on June 4, 1997. After her last retirement she focused on her passions of the outdoors, First Nation’s issues, dancing and painting.

She is survived by her daughter Rachel, her sisters Sonja Van Dusseldorp and Jonna and Maynard Heins. She has nieces and nephews Tracy, Noel, Lane, Tanya, Tina, Rick and their families – many of whom have visited her in the last two years.

A celebration of her life will be held on Monday December 16, 2019 at the Party Room of her condo from 6-9 pm.

Rather than flowers please consider making a donation to one of the following Kensington Hospice, Doctors Without Borders or  Indspire.