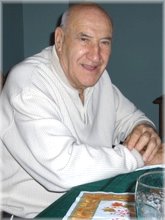 FOWLER, Charles Percy 'Bud' - It is with profound sadness that the family announces the passing of their dear Bud at Sunnybrook Health Sciences Centre on Friday, January 10, 2020 at the age of 94.

Cherished and loving husband of Lila for 70 years.

Predeceased by his sister Eileen (the late Ed) Chapdelaine and sister-in-law Bernadette (the late Bob) Pryor.

Bud will be sadly missed by his many cousins, nieces, nephews, family, friends and neighbours.

Bud grew up in New Toronto, served as a wireless air gunner in the Canadian Air Force as a young man and went on to enjoy a 39 year career with Bell Canada.

Bud Fowler was a gifted athlete who played for the Toronto Argonauts in the 1950’s and was a valuable member of two Grey Cup championship winning teams, including the famous 1950 Mud Bowl. Bud was also a dedicated coach to many aspiring athletes in the Etobicoke hockey and football community.

In November 2018 Bud had the honour to be inducted into the Etobicoke Sports Hall of Fame in the Legends Athlete category.

The family would like to thank the staff at West Park Healthcare Centre and Sunnybrook Health Sciences Centre for their care and compassion.

As expressions of sympathy, donations to Sunnybrook Health Sciences Centre Veterns K Wing would be appreciated.