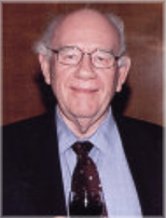 KENNEDY, Ross Livingston - Died peacefully at home on January 20, 2020 surrounded by his family after several years of declining health.

He will be greatly missed by his beloved wife of over 60 years Ann (nee Shepherd) and his 4 wonderful children, Frances Reinholdt, John (Brenda), Robert (Pamela), and Paul (Kathleen Ritchie).

He is also survived by his older brother Arthur A. Kennedy and his brother-in-law and sister-in-law Paul and Marilyn Shepherd and 4 nephews.

Ross graduated from University of Toronto with a Bachelor of Commerce and LLB. After being called to the Bar in 1962, he practiced law with his father and brother in the firm Kennedy and Kennedy until its merger in 1976 with Tory Tory DesLauriers and Binnington. He specialized in commercial and residential real estate and estate planning. Following his retirement from Torys in 2000, he became counsel to Kagan Shastri as well as working closely with Clark Farb Fiksel.

In his more than 50 years of practice, he enjoyed mentoring many young lawyers and law clerks, some of who became close friends. Concurrent with his practice of law, he spent many years as a respected Labour Arbitrator in Ontario and was a member of the National Academy of Arbitrators.

Ross loved many forms of music and was proud to serve as a Life Governor of the Corporation of Massey Hall and Roy Thomson Hall, serving on the building committee during the construction of RTH. He also sat on the Board of the Toronto Symphony Orchestra from 1986 to 2000. Following his sons’ interest in hockey, he was active in the North Toronto Hockey Association, serving as President and then on the North Toronto Arena Board as Vice Chairman.

Ross loved having family around be it small dinners or more special events and he especially loved time with them all at the family cottage at Bayfield Inlet on Georgian Bay.

The family is grateful to his caregiver Christine Lloyd for her faithful and loving support for the last 2 years.

In lieu of flowers, donations to one of the following would be appreciated. Toronto Symphony Orchestra: TSO.CA/Donate or the Barbara Schliffer Clinic, 489 College St., Toronto, ON, M4G 1A5.