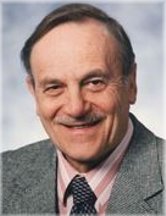 WILANSKY, Douglas Leo - It is with great sadness that the family announces the passing of Dr. Wilansky on January 20, 2020.

Grandfather of Annie Markowitz, Jonah and Haley Markowitz, and Matthew and Meghan Markowitz.

Douglas is remembered as a scholar, a physician and scientist with a passion for life and learning.

Born in St. John's Newfoundland, son of Naftali Hertz and Chaya Leah Wilansky, he was the fifth child whose brothers were 25 years older than him. He attended Yeshiva University in New York at the age of 17 and finished his subspecialty medical training at a very young age. He practiced and did research in Endocrinology and Metabolism for over 20 years and then re- trained in Nuclear Medicine. In 1970 he and the family moved to Toronto when he became the founding chief of Medicine and Nuclear Medicine at Etobicoke General Hospital leading a very successful lab for over another 30 years. In 2010, the lab was re-named in his honor to the Dr. Douglas Wilansky Nuclear Medicine Service.

He was the founding Chair of the education committee of the Tifereth Beth David Jerusalem Synagogue in Montreal. He served as the Vice Chair of the Canadian Friends of the Shalom Hartman Institute in Jerusalem and helped formulate the early curriculum for this pluralistic and leadership centre of Jewish thought and education both in Israel and around the world.

He will be greatly missed by his family, loyal friends and colleagues.

Deep gratitude to his caregivers Ramon, Dom, Mikko and Florie.