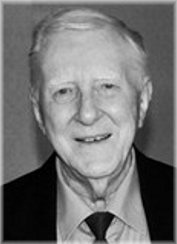 Cris, born a Geordie, was raised in Belmont, Surrey, England and was proud to have endured the bombing and hardships of WWII. Survivor of the Bourne End railway disaster in September 1945.

Immigrated to Canada in 1953 and worked for British Amercian Oil and later Gulf Oil Canada in Human Resources for 34 years. The family wishes to acknowledge the compassionate care provided by Dr. Lynne Benjamin, Acclaim Health, and the hospice staff.

If you wish, memorial donations to Ian Anderson House would be appreciated by the family.