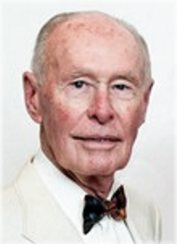 Murray was a man of pride, dignity, honour, love and intellect.

He will always be remembered for his candor and sharp wit.

Murray was predeceased by his wife, Mary and his brother Lindsay. Murray enjoyed an extensive 35-year career with Bell.

In addition to working in Montreal, Ottawa and Toronto, work contracts took him to the U.S., Spain, France, Lebanon and Saudi Arabia. Murray had a lifelong passion for sailing and building.

He built two sailboats and as a member of the Pointe Claire Yacht Club, enjoyed sailing them in the waters of Lac St. Louis.

In retirement years, his hobbies turned to running marathons, travelling with his children and grandchildren as well as hiking in the UK.

An engineer at heart he flourished in the digital age assembling computers for many of his grandchildren.

A celebration of life will be held in the spring.