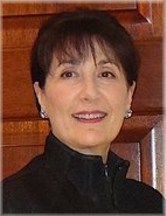 YANKOU, Christine Lou - The adjective "elegant" hardly begins to describe Christine, a woman who was dressed by The Room from the time she was old enough to wangle her own charge account. She died on March 26, 2020 of cancer with great courage, vivacious to the end.

Christine Lou Yankou was the first child of Christine Trenton and Lou Yankou who had immigrated from Greece as kids. The senior Yankous were intimately involved in the development of Toronto's Danforth Avenue and played an essential role in turning it into "Greektown."

She inherited her father's passion for federal Liberal politics (not to mention baseball), working for Lloyd Axworthy in Pierre Trudeau's cabinet, and being closely mentored from adolescence, and befriended for life, by Dorothy Davey and her husband, the late senator and Rainmaker, Keith. Her social conscience remained sharp as she actively supported Syrian refugees.

Christine loved the National Ballet of Canada and was a passionate fan of tennis, especially Wimbledon and the Canadian Open.

Her career was in public relations - and she was good at it.  Friendships often grew from contracts she won in partnership and on her own through travel promotion, TIFF, the Canadian Film Centre and her work with Dr. Roberta Bondar.

She is already missed by Zoe, her Shih Tzu. By her human family: sister Linda Crammond, Linda's husband Ron Larocque, and children Erin and Evan; brother Byron, his wife Nancy Barkley, and their children Elias and Susie.

Chrissie will be greatly missed by more friends than most people can imagine, all of them gave limitless love and attention during her life and especially over the past few difficult months. In particular, her family expresses their heartfelt gratitude to Dr. Roberta Bondar and Bonnie Patterson, who were tireless in their efforts to help Christine.

Everyone who spent time with Christine over the last many months is enormously grateful to the medical support workers and professionals at Princess Margaret, the Bridgepoint Palliative Care Unit, and in all the community care agencies that provided help.

A private family service in Mt. Pleasant Cemetery will be followed by celebrations of her life later this year.

If you are inclined to make a donation, please consider the Roberta Bondar Foundation or a charity of your choice.

And when the coronavirus crisis is over it would make Christine very happy if you took someone you love out for dinner and a good bottle of wine.