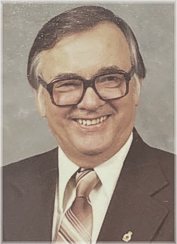 Passed away peacefully of natural causes, on May 5, 2020, at Northumberland Hills Hospital, Cobourg, in his 95th year, with his daughters at his side. Zbigniew is survived by his beloved wife Zofia.

Theirs was a true love story not often seen and it held them together to within 2 weeks of their 70th wedding anniversary.

Predeceased by his parents, Eugeniusz and Janina Pafomow and brother George.

Zbigniew was a soldier in the Polish Free Army during WWII which ended before his 20th birthday.

He was part of the 12th Podoloski Polish Lancers that took back Monte Cassino 76 years ago this week.

With his warm, caring, thoughtful nature, open mind and even kinder heart, Zbigniew served as an example for all of us.

He showed us of the importance of always being there for family.

The family sends their gratitude to the staff of Regency Manor in Port Hope for their dedicated care and to family and friends for their support.

A memorial service will be held at a later time.