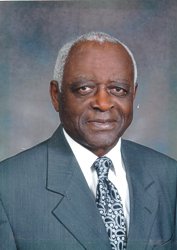 MASSIAH, Dr. Thomas - Dr. Thomas Massiah passed away peacefully on May 28, 2020, at 93 years of age at North York General hospital in Toronto, as a result of complications from a longstanding battle with diabetes.

A published author, Dr. Massiah was elected Fellow of the Chemical Institute of Canada (FCIC) in 1988, and served as President of the Association of The Chemical Profession of Ontario (ACPO) from 1979-1981.

During his retirement years, he kept his mind sharp as a consultant in the pharmaceutical industry, as well as teaching math and chemistry at local colleges and universities.

While he was pursuing his education he married Clemmie, his childhood sweetheart in 1951. He also was quite active in his community, becoming the Founder and first President of the Montreal Negro Alumni Group (MNAG) in 1953 which was dedicated to furthering Black students’ post-secondary education through scholarships and bursaries grants during its 15 years of existence.

Dr. Massiah moved to Toronto in 1966 with his wife and daughter. There he continued his involvement in various cultural, community and professional organizations. In 2009, he was awarded the African Canadian Achievement Award for excellence in science/technology and for his community service.

An engaging conversationalist, Dr. Massiah and his wife Clemmie will be fondly remembered for their social gatherings and their compassion for others.

Private Family service will be held through Ogden funeral homeand Burial at Resthaven Memoral Gardens. To view the LIVESTREAM, please use the link below

In lieu of flowers, donations to Diabetes Canada, in memory of Dr. Thomas Massiah would be appreciated.