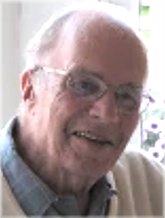 DALKIN, Robert S. - P.Eng. - July 7, 1923 - June 27, 2020 - It is with profound sadness that the family of Robert Dalkin announces his death, due to complications following a fall. Fiercely independent and proudly in his 97th year, Bob lived in his own house until a very few days before his death.

Born in Montreal, the only child of George and Hilda Dalkin.

Dad was ahead of his time with his lifelong commitment to daily jogging, which gave way to walking in his late eighties, and early morning meditation. He was dedicated to his family first and foremost, to before dinner scotch and sodas, to the daily newspapers, to generosity in every sense towards others and to chocolate chip cookies.

After a brief period in the army during WWII, Bob completed his engineering degree, graduating from McGill. A move to Toronto followed the early days of his career in New York City.

In 1959, Bob married Elaine and they truly enjoyed each other, always sharing together the good things in life, both large and small. Their loving union was absolute.

Ever supportive and always interested, Bob had a relentless curiosity and vast knowledge. He was wise and he was kind. Always a gentleman in every sense. He was not without a mischievous spirit however and there was very often a twinkle in his eye and a smile on his lips.

After a life well lived, that spanned an era from the “ice man” delivering by horse and wagon, to the internet, our father is now at rest. He embraced it all with enthusiasm, resilience, intelligence and dignity. He will forever be with those who loved him so dearly.

A private service will be held.

If desired, donations in Robert’s memory may be made to support the research of Dr. Trevor J. Chin Fook, Ophthalmology, St. Michael’s Hospital.