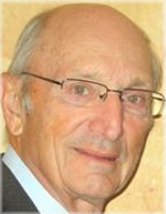 After 89 years of a wonderful and fulfilling life as a husband, father, grandfather, friend, and a tremendous surgeon, Bob passed away on Thursday, July 2, 2020 at his home.

Born in Brooklyn, New York to Barnett and Lillian Filler.

Special thanks to his caregiver Vlad Cuello, Dr. Mayura Loganathan and Sheena Luck of the Mt. Sinai Health Centre, and to all of Bob's wonderful caregivers from C-Care and Central Neighbourhood House.

He is known for his many contributions to the surgical treatment of infants and children. He is recognized as an expert in the separation of Siamese Twins. In 1979 he performed an innovative operation at The Hospital for Sick Children on Herbie Quinones from New York. The publicity from this operation helped establish Herbie Fund at the Hospital for Sick Children to help children with serious health problems from around the world.

In 1995 he initiated a Telemedicine program at Sick Kids, the first in Ontario. He was a founding member of the Canadian Society of Telehealth in 1998 and served as its President from 2000 to 2002. In 2006, the Ministry of Health started the Ontario Telemedicine Network, a province-wide telemedicine network which encompasses more than 600 sites. Dr. Filler served as the first Chairman of the Board until 2009.

His name is included in the publication Best Doctors in America and International Who's Who in Medicine, and Canadian Who's Who. He was awarded the Bronze Star Medal by the U.S. Army for his treatment of Vietnamese children during his one year tour of duty as a military surgeon during the Vietnam War.

In his career he has been honoured by many awards including the Sovereign Order of St. John of Jerusalem, Variety Club's Sir James Carreras' Award, and the Alumni Achievement Award, Washington University School of Medicine. The Hospital for Sick Children has established an endowed Chair in Pediatric Surgery in his name. In 1995 he was awarded the Order of Ontario.

A Family graveside service will be held on Friday, July 3, 2020.

Memorial donations may be made to The Robert M. Filler Chair in Pediatric surgery, c/o Sick Kids Foundation (416-813-5320), or to the charity of your choice.

A tribute to Bob's life will be planned at a later date.