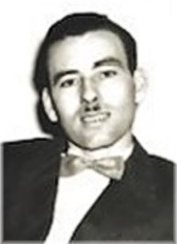 STACEY, Frederick Nelson   -  It is with deep sorrow we announce the passing of Fred Stacey, on Thursday, July 2, 2020, less than one month before his 92nd birthday and 2 days before his 70th anniversary to his cherished wife, Irene (née Oldford).

Cremation has taken place.  A Memorial Service will be held at a later date.

If desired, donations to the Heart & Stroke Foundation of Canada or the Canadian Cancer Society would be greatly appreciated by the family.

"Don't cry because it's over. Smile because it happened."