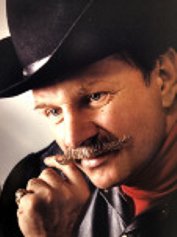 He was a family man who loved his wife Norma of 58 years and his children Catherine Ralph (Warren Ralph) and James Shack.

He started his adult life at the age of 14 when he left his parents’ home in Sudbury to play Jr. Hockey in Guelph. He was uneducated but industrious with an incredible work ethic. He drove a coal truck and sold hats from the Biltmore Hat Co, bought and sold cars to subsidize his $20 a week salary with the Guelph Biltmores.

From there, he went to Providence R.I. Reds and then on to the New York Rangers. He was traded to the Toronto Maple Leafs and was fortunate to come to a team with many great players. That team went on to win 4 Stanley Cups! Eddie scored the Stanley Cup winning goal in 1963.

His NHL career spanned 17 years and also included stints in Boston, LA, Buffalo, Pittsburgh and ending his career back in Toronto.

From very humble roots and without a formal education, Ed’s street smarts and his genuine friendly nature allowed him to excel in numerous business ventures both during and after retiring from hockey. He ran Hockey schools both in LA and in Toronto and one of his star pupils was Canadian Olympian Cassie Campbell-Pascal, who is Norma’s second cousin.

Ed’s second love was golf which he played 6 days a week and he even built a golf course with partners Jerry Ublansky, Bob Watson and Dave Creighton. Mr. “Entertainer” who had a “Nose for value” also went on to star in numerous commercials including Esso, Journey’s End Hotel, Schick razors and was known as Mr. Pop Shoppe. For several years, he also sold Christmas trees and donated a portion of every tree sold to SickKids Hospital in Toronto.

Ed was very proud to receive the Queen’s Diamond Jubilee Medal in recognition of his vast community service and Charity work in 2012.

He loved life and people, was always positive and non-judgmental. Never without a sharpie in his pocket, he would always indulge any fan with an autograph.

A note to everyone in heaven - Clear the track, here comes Shack!

Our family will always be grateful to Dr. Daphna Grossman and the Palliative Care team at North York General. Special thanks to Drs. Robert and Carol Brock, Drs. Charles Knapp, Stéphane Laframboise and their daughters Charlotte and Véronique who were always there for us.

In accordance with the present Covid-19 situation, there will be no visitation nor funeral service. There will be a private family interment at a later date. Cremation and arrangements through the Morley Bedford Funeral home (www.morleybedford.ca), Toronto.

In lieu of flowers, donations in his memory may be made to the Palliative Care program at North York General Hospital Foundation www.nyghfoundation.ca or by calling 416-756-6944.