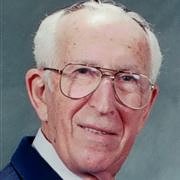 HAHN, Jack - It is with great sadness that we announce the death of Jack Hahn on August 1, 2020. He died peacefully at home surrounded by his loving family.

He will be mourned by Freda, his wife of 73 years, his son Alan and daughter- in-law Christine Almeida, his son Norman, his daughter Rosanne and son-in-law Brian Strom, and his grandchildren Adina, Michele and Evan.

Jack led a remarkable life for 100 years. Born in Hersfeld, Germany in 1920, he and his brother Josef survived the Holocaust that killed his parents, Adolf and Rosa Hahn (ne Nussbaum), and most of his relatives. Jack escaped to Canada where he built a new life, rising from an interned POW to a captain of industry, a community leader and a cherished father and grandfather.

He was especially proud of having graduated from McGill University in 1947 and wore his engineering ring from that moment until his death.

He joined the small engineering firm of SNC, 40 employees (now SNC-Lavalin), quickly rising to the top. He was the first Canadian in China after Mao Zedong open up its doors to the West. He played a leading role in powering SNC to international prominence by overseeing the building of dams, factories and infrastructure projects all over the world. He left SNC before they merged with Lavalin.

Jack met Freda in 1946. He mistook her wave to a girlfriend for a friendly invitation and introduced himself. They never looked back. They raised three children in Montreal then went on to live in Jerusalem and Boca Raton, finally settling in Toronto. In each of these places he built community, especially Jewish community. He participated in the founding or building of Orthodox Jewish congregations in Montreal, Boca Raton and Toronto. He also started the Canadian chapter of the Technion Society, raising funds for Technion, a leading Israeli engineering and science university.

In his last years Jack was cared for with utter love and devotion by his son Norman who was assisted by excellent caregivers, Lucy Alderete and Gaddie Cortez.

In lieu of flowers , memorial donations may be made to support the Jack Hahn Master's Fellowship at Technion. https://bit.ly/jackhahn