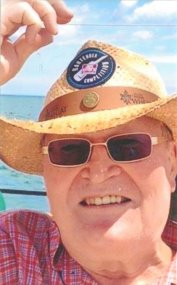 Worked as student while at U of T for GM in Oshawa, designed and built electrical test equipment for complete final assembly car bodies.

Graduated top of class Electrical Engineering U of T 1965.

To Foxboro Canada to move up to industrial process control computer installations.

Worked on Y2k resolution for city of Toronto and Enwave Energy.

Partially retired 2005 only to continue to run Beaches Electric.

Suffered stroke in 2019 which paralyzed right side but he recovered completely at rehab in Toronto where he regrettably experienced some homophobia. Diagnosed with stage IV pancreatic cancer. Used MAID (Medical Assistance In Dying) in last stage of this disease.

Passed away peacefully with friends at his side on Monday, September 14, 2020.