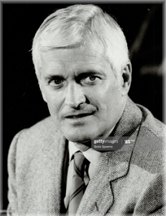 John Napier Wyndham Turner was born in Richmond, Surrey, England, on June 7, 1929, to Leonard Turner, critic for the Manchester Guardian in London, and Phyllis Gregory, from Rossland, British Columbia, who was studying at the London School of Economics.

When his father died in 1932, his mother returned to Canada. In Ottawa, John attended Normal Model School, Ashbury College and St. Patrick’s High School. After his mother’s marriage to Frank McKenzie Ross, the family moved to Vancouver in 1945.

John graduated from the University of British Columbia in 1949 with an Honours BA in economics and political science. In addition to academics, he excelled in swimming and track. John qualified for the 1948 Canadian Olympic team, but an injured knee kept him from competing in the London Olympics. He attended Oxford University as a Rhodes Scholar, receiving BAs in jurisprudence and civil law, and a Master of Arts. He also engaged in graduate studies in French Civil Law at the Sorbonne in Paris. At Oxford, he was on the track team with Roger Bannister and Chris Chataway.

In June 1962, John was first elected to the House of Commons as the Member of Parliament for St. Lawrence–St. George, in Montréal, and was re-elected in the general elections of 1963 and 1965. He served in several portfolios, including Solicitor General of Canada. John was re-elected in the riding of Ottawa–Carleton in 1968 and appointed Minister of Justice and Attorney General of Canada in July 1968 and Minister of Finance in January 1972. He left politics in February 1976 to join the law firm of McMillan, Binch in Toronto.

John served in the House of Commons for almost 25 years and is the only person in Canadian history to have represented three provinces as a Member of Parliament: Quebec, Ontario and British Columbia.

Following his resignation as Leader of the Opposition, John returned to Toronto and joined the legal firm of Miller Thomson, where he practised until 2013.

A passionate outdoors man, John reminisced on his 77th birthday that he had been “out on the water” for 70 summers. Starting with summer camp at age seven, he took his final run, mobility waning and cane in hand, for a canoe trip in Algonquin Park in his 77th year. John canoed all over Canada including epic trips with his family and great friend Bob Engle into the waterways of the Northwest Territories.

John was an active member of the Roman Catholic Church, but mostly a committed Christian with close connections with the Anglican Church. During his career, he was counsel to the Archbishop of Montréal and later Archbishop of Toronto. John was a good friend to many, from the local bartender to the Queen, and was interested in everybody’s story.

He spent a lifetime persuading Canadians to become involved in the democratic process. “Democracy does not happen by accident,” was his constant refrain.

A state funeral in memory of the Right Honourable John Napier Wyndham Turner will be held on October 6, 2020, at 11 a.m. at St. Michael’s Cathedral Basilica in Toronto. Due to public health COVID-19 protocols, the church service is by invitation only. Canadians will be invited to watch the ceremony live on CBC/Radio-Canada television and web streaming platforms.

Mr. Turner’s family appreciates expressions of support and asks that in lieu of flowers, donations be made to the World Wildlife Fund Canada at wwf.ca/gift-in-memory and the Lake of the Woods Water Sustainability Foundation at lowwsf.com/donate.