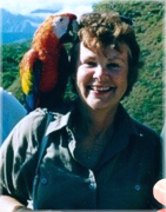 HURLBUT, Anne Marilyn (Moffat) - September 14, 1928 - September 25, 2020 - With deep sorrow we announce that Anne Hurlbut passed away peacefully at her home in Toronto, just 11 days after her 92nd birthday.

Anne was the eldest daughter of Walter Turnbull Moffat and Anne Monica McGowan of Hamilton ON., and the beloved wife of 57 years to Robert St. Clair Hurlbut (deceased 2011).

Through a long period of convalescence Anne enjoyed the support and affection of many friends.

Anne spent many active years as a volunteer for CNIB (Ontario division). One of her greatest passions was gardening and she was a long time member of the Garden Club of Toronto as well as serving on the Grounds Committee of the Highgate Condo Community, 1 Concorde Place in Toronto. She also served on the board of Ontario Place in the late 70’s. Anne was an avid bridge player and was part of a dedicated Bridge Club for over 50 years. Other memberships included The Granite Club and Rosedale Golf Club.

Anne and Bob had a deep passion for the north, particularly Muskoka, Georgian Bay and Algonquin Park. Many summers were enjoyed with family and friends at Lost Key Island and when the weather changed, fall, winter and spring were spent mostly at their home in Bracebridge. Anne was a remarkable lady whose legacy will live on through her family, friends, and passions. She will be truly missed by all those who have known and loved her.

In keeping with her wishes, there will be no memorial service. Interment will be in Richmond Hill.

If desired, donations may be made to Sponsor CNIB Guide Dogs.