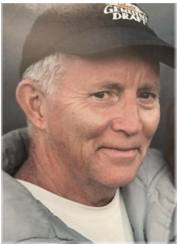 It is with great sadness that we announce the passing of Bill Hall. Bill died peacefully at St. Catharines General Hospital with family by his side on Tuesday, October 27, 2020.

He was loving grandfather to Matthew, Braydon, Theodore, and Alexander. He is survived by his sister Margaret and predeceased by his brothers Lenny and Michael.

Bill worked for many years as Maintenance Supervisor at General Motors in St. Catharines where he made many lifelong friends.

He was a volunteer firefighter for the St. John's Volunteer Fire Department in Thorold, where he developed strong bonds with the local community.

And in his earlier years Bill was an active and enthusiastic player for Niagara Wasps rugby club. Bill loved travelling, reading, gardening, music, and he was especially fond of dogs.

In his later years Bill was known by every dog in Fonthill for his treats, which he carried with him wherever he went.

Bill's family would like to thank his friends and neighbours for their unfailing and loving support.

In lieu of flowers, donations in Bill's memory can be made to the Alzheimer Society of Canada.

A private family service will be held at a later date.