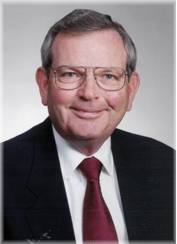 Former Chairman and CEO of Imperial Oil, passed away peacefully in Aurora, ON, on the morning of Thursday, January 21, 2021, in his 84th year.

A much-loved and admired grandfather to Rebecca, Robert, Nicolas, Riley, Matthew and Joshua, Robert derived joy in emphasizing education, while watching them pursue their dreams.

Robert will also be sadly missed by his surviving sister, Betty Bystrom and her husband Raymond. Robert wass predeceased by his sister, Linda Pellatt.

Robert joined Imperial Oil in 1960 and remained with the company until his retirement in 2002.

The family wishes to thank Dr. Alisha Kassam of the Stronach Cancer Centre and all the wonderful staff who gave extraordinary care to Robert in his short stay at the Southlake Regional Health Centre.

In lieu of flowers, please donate to the Stronach Cancer Centre or similar of your choice.