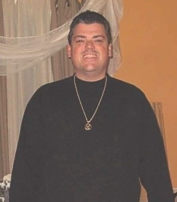 Danny will be fondly remembered and dearly missed by his family and friends.

Danny was known for his story-telling and wise humour. He was such a people person, fondly liked by many seniors: he had a special gift with seniors, his caring personality will be greatly missed.

A Celebration of life for Danny will be held at a later date. Arrangements entrusted with Jerrett funeral home, Scarborough chapel.