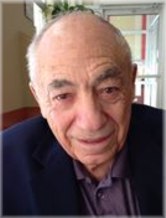 FLEISHER, Frank - On Friday, April 2, 2021, Frank passed peacefully in his home surrounded by his three sons.

Predeceased by his beloved wife Sarah, Frank will be missed dearly by his children Allan (Sheri), Howie (Debbie), and Danny (Laurel), his grandchildren Samantha (Adam), Jeffrey, Hailey, Tamara, Ryan, Zachary, Brandon, Sammy, and Jonah, and his great- grandchildren Zoey and Max, all of whom he loved and treasured dearly.

Frank lived a long life full of energy and on his own terms. Among the last of the Greatest Generation, Frank was born on July 31, 1924 in Montreal and volunteered to fight with the Canadian Army to liberate Europe during World War II.

He was known by his family, friends and colleagues alike as an honest, entrepreneurial, and hard-working man whose humour and perseverance were defining traits.

Frank was a passionate businessman who was always a straight shooter; he was well- respected by all who knew him. Frank was proud to have built a family business over his lifetime now carried on by his three sons.

Above all, Frank enjoyed life's simple pleasures, like a Saturday morning breakfast with family or playing the craps tables at Casino Rama.

Frank/Dad/Grandpa will be missed dearly and remembered fondly. We love you.

A graveside service will take place on Monday, April 5, 2021.