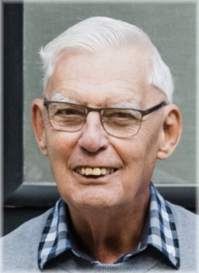 COOPER, Barry   - Barry Cooper passed away April 4, 2021 in hospital after a long battle with vascular dementia.

He is survived by his wife of 53 years Nancy (Milligan), his children Nicole (Scott) and Bryce (Meghan), and his three brothers Gerald, Peter and Paul.

Barry was born in Vancouver but spent most of his youth in Rouyn-Noranda, QC where the Cooper brothers had many adventures.

Graduating from Western University with a Honours Bachelor in Business Administration (1961) led him to a career as a chartered accountant working for the Ontario Government for 25 years.

Barry was at his best when travelling with Nancy - from summer theatre trips to Stratford and Niagara-on-the-Lake to exploring Europe with Ryerson's LIFE program and Pickering's Probus group.

Cruises were his favourite and in the last couple of years he often felt he was on a cruise while sitting on the balcony of his condo and would ask when we'd be moving on!

He will be missed by his grandchildren Anna and Livia Cooper, and Colin, Jack and Claire Bryan as well as numerous in-laws, nieces and nephews, plus a host of dear friends and neighbours.