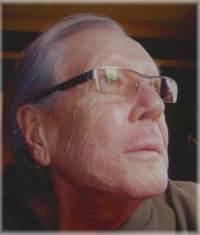 He was predeceased by his parents, Adolph and Charlotte.

He is survived by his brother, Richard (Beth), sister, Lesley Asplin (Bob), nieces, Jennifer and Rosemary (Mike) and nephew, David.

He leaves behind many friends and colleagues. He enjoyed performing theatricals at school and entered into a career as a set designer in the early days of television at CHBC TV (Kelowna, British Columbia), CKSO TV (Sudbury, Ontario), finally arriving at CBC (Toronto), where he worked from 1966-2001.

He worked on many popular shows, including Market Place, Country Canada, The Tommy Hunter Show, and toured the country with Front Page Challenge. He acquired many friends and colleagues along the way, including "Our Pet Juliette", Gordon Sinclair, Bob Hume, Roy Bonisteel and Glenn Gould.

In Eric's own words on April 29, 2021, he wrote: "Because of my present medical conditions, I have been severely limited in my mobility, leaving me in constant pain. As a result, being a very independent person, I opted for the services of MAID and I will be dying surrounded by friends.

I have been a supporter of "Dying With Dignity" and an advocate for MAID."

In accordance with Eric's wishes, there will be no memorial or funeral services.

Please plant flowers and trees to support our natural environment, in Eric's memory.