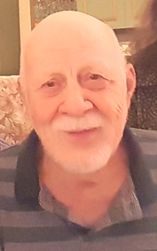 DELL, Dr. James Harvey - My brilliant, loving, supportive husband and loyal friend has passed away after a long illness.

James' many achievements in higher education made us all proud and inspired younger members of his family to follow his example.

James had a PhD in Physics, a master's degree in Astronomy and many other degrees and certificates. He was “Dr. James H. Dell, PhD. Physics." He loved learning, teaching and lively debates.

In accordance with his wishes there will be no funeral ceremonies or memorial. His remains will be cremated. Arrangements entrusted with Rosar-Morrison funeral home.

James will be greatly missed but he will live in our hearts forever and he will continue to inspire us.