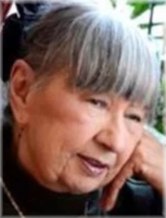 Judith was aunt to Brianna and Christian Harford of Fonthill, Tracey Woods of Richmond Hill and her children Jayda Rene and Jenna Crystal.

Judith grew up in north Toronto after leaving England in 1953 with her parents, Pat and Maisie Harford, her brother, Terry, and twin sister, Brenda Carole. She married Maitland Newman on December 17, 1995, in South Burlington, Vermont, and in 1962 to her first husband, Bill Bunker (Kathy).

Judith worked for The Bank of Nova Scotia for over 28 years. She was admired and liked by everyone who knew her. Judith loved customer service and was highly valued by the bank. She received letters of acclamation for her service from senior management upon her retirement.

In the late 1950’s, Judith and her twin sister became a singing duo known as the “Harford Sisters”. Among their many performances they also appeared on the well-known CBC country variety show, “Holiday Ranch”.

As a young woman, Judith enjoyed dance and, in later years, reading, watching movies, and spending time with her family and friends.