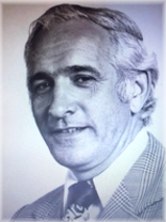 Born August 10, 1927 as Paolo Valenti, above the “store” at 2541 Yonge Street to Sicilian immigrant parents, Antonino Valenti and Anna Maria DiPaola. He was second eldest of 9 children.

He lived two lifetimes and accomplished so much. Success wasn’t measured by a dollar value, it was how you lived your life.

After graduating from engineering, his first full time job was with MacNamara, building wharves and harbours along the St. Lawrence River for the pulp and paper industry, which brought him to a small town on the north shores of St. Lawrence River, Forestville, where he met his bride, Doris (nee Hebert) (predeceased 2011), and then having six children, Mary Anne, Joanne (Buz) Patricia Anne, Paul (Sandra), Theresa (Bob) and Michael, grandchildren Vanessa (Nik), Paul (Rita), Juliana (Dave), Paul (Claire), Michael (Martina), Victoria, (Brandon), Michael and Mat-thew and great grandchildren, Marcus, Charlie, Federica and Oscar.

His imprint on the world did made a difference in just being who he was. He will be forever missed, and his memory will be kept alive in our hearts and conversations.

Relatives and friends are welcomed at Bernardo Funeral Homes, Dufferin Chapel, Toronto on Friday, July 2nd.  Please RSVP in advance for visitation.  A Funeral Mass will be celebrated on Saturday, July 3rd, 2021 at 11:00 a.m. in St. Bernard de Clairvaux Church (1789 Lawrence Avenue W, east of Jane Street). The Funeral Mass is limited to a specified number of attendees.   Private Burial to follow.

If desired, donations can be made to the Heart & Stroke Foundation of Ontario or The Humber River Hospital.