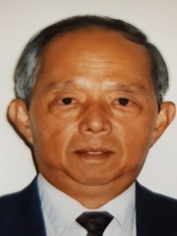 ING, Don Fin - (1934 - 2021) - Don Fin Ing passed away peacefully, surrounded by his loving family, at Markham Stouffville Hospital on Saturday, July 17, 2021, succumbing to a bout of pneumonia. He had been fighting various health issues over the last three years.

Dad was born in 1934 in Kaiping, in Guangdong province, China. When he was a young teenager, his father, Henry Ing, brought him to Englehart, a tiny northern Ontario town, to help out at a small Chinese-Canadian diner. He chopped stacks of wood for the cooking stoves and to heat the building, and served patrons at the diner, while attending high school during the day.

When he was a young eligible bachelor, his father wanted him to meet the daughter of one of his best friends who lived in Hong Kong. After introductions and many letters back and forth, he went to Hong Kong to meet his future wife, Pearl Fong. After dating and exploring many Hong Kong attractions together, they decided to get married in Hong Kong. Travelling with his bride to Canada, they made the long journey by ship and rail.

As struggling immigrants to Canada, living in a remote rural northern Ontario community with very meagre finances, dad and mom had a very hard life. Living conditions in a dilapidated room over the restaurant were poor, working hours were long, and the work was tough and endless--chopping wood, serving customers, cleaning, prepping food, and cooking. In these difficult and trying conditions, Lily, Gerald and Helen were born.

After several years, dad moved his family south to North Bay to work with his father-in-law, Harry Fong, to buy a small struggling pizzeria. They changed the menu for the Plaza Restaurant and converted it into a Chinese-Canadian eatery. They built-up a loyal clientele and the restaurant became known for its good food at honest prices. As the business grew, the family grew to six, with the addition of Ron.

In 1967 Dad moved on to work at the famous Golden Dragon Restaurant, eventually becoming its head waiter and assistant manager at the finest Chinese-Canadian restaurant in northern Ontario. It was known as the fanciest and biggest Chinese food establishment in northern Ontario and was the preferred venue for large parties, weddings, fine dining, and intimate dinners with a view of beautiful sunsets over Lake Nipissing. In its heyday, there were long line-ups into the parking lot of diners waiting for a table. However, over the years, senior management made changes that slowed down demand.

However, as the kids grew up, went away to university and then got other jobs, it became harder and harder for dad and mom to run the restaurant; the business was open seven-days-a-week, everyday except Christmas day. Eventually they decided that running their own business was too tiring so they sold the restaurant.

Dad then worked as a bartender and cashier at China House restaurant, working with other immigrants from his village in China. However, the commute to work was very long so eventually he retired at age 57. In retirement, dad and mom finally took the trips they had dreamed about but never had time to do before. Their bucket list included two China tours with a side-trip back to see dad’s home in Kaiping, visiting Helen in Oxford, England and being shown local highlights, connecting with relatives in California, a trip across Canada with grandmother, seeing tulips in bloom in the Netherlands in spring, and many trips to the Caribbean. Gerry drove them back to see northern Ontario to visit North Bay and Englehart, in addition to many other old haunts. Dad always enjoyed eating out at many great restaurants, staying at home, playing mah jong, relaxing, watching the news and cheering for his favourite hockey team, the Toronto Maple Leafs.

In recent years, dad and mom moved to Mon Sheong Court, a building for seniors where they could make friends with others their own age and not have to worry about house maintenance. Throughout his life, dad felt it was important to share great food, build great memories and focus on making sure there was plenty to eat. Food was important. At family gatherings, he would always order way too much food, filling the table with more dishes than there was room, whether it was dim sum, lunch or dinner. We always ate too much, and laughed about all the leftovers which we took home and then enjoyed for many days.

Dad, we all love you so much and will miss you. You will be forever in our hearts. You were the best!