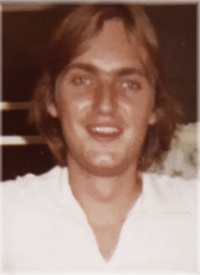 He went to Victoria Park high school and grew up in the car business, working at his father's antique car restoration company, before going onto a successful career in the automotive industry himself, managing various body shops and dealerships across the Greater Toronto Area.

Gary was known as a colourful storyteller and amazing joke teller. He was kind, generous and enjoyed making people smile. He was an unforgettable, loveable character with a sly wit who left a lasting impression on everyone he met.

He had a special gift of making people laugh like nobody else.

He was an amazing guitar player and enjoyed good times with friends and family. His love for Britain never wavered, despite his years away from England.

He passed away peacefully with his favourite band, the Beatles, playing in the background as his wife held his hand by his bedside. Gary leaves behind his wife, Sharona Kirk and his step- sons, Lloyd and Perry, brother Greg Kirk, sister-in-law, Amanda Squires, step-mother, Lesley Fulton Oglesby, and sister, Victoria Kirk, and niece and nephew Connor and Isabella Smith. He will be sadly missed.

The family wishes to thank the palliative care and the GI team at Mount Sinai hospital 14 North.

If you would like to support a cause in honour of Gary, please donate to the Crohn's and Colitis Foundation or the Alzheimer Society in his name.