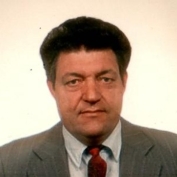 PANARISI, Salvatore - It is with heavy hearts that we announce the sudden passing of our beloved Salvatore Panarisi on Monday July 19, 2021 in Brampton.

Born in Italy on September 23, 1938 to loving parents Angela and Stefano Panarisi, Salvatore leaves this world at the age of 82.

In 1963, Salvatore immigrated to Canada where he met his future wife, Caterina, they married in February of 1972 and enjoyed a blessed marriage spanning 49 years.

Salvatore will be deeply missed and fondly remembered by all his family in Canada, Belgium and Italy, and many friends. Many thanks to all for their love and support during this difficult time.