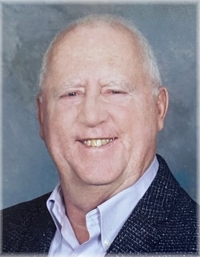 NORMAN, Wayne Ronald  -  It is with heavy hearts we announce that our beloved husband, father and Papa passed away peacefully with his family by his side on July 29, 2021 at Sunnybrook Hospital in Toronto.

He is also survived by his sister Joan (Ian), and brothers Gordon (MaryJo) and James (Stephanie), and was a loving Uncle to many nieces and nephews across the Norman and Wallace families.

Wayne was born on December 16, 1944 in Halifax, Nova Scotia to Elizabeth (Jones) and Ronald.

Wayne's career at Imperial Oil spanned 39 years, including positions in Sarnia, Winnipeg, New York and Dartmouth, before his last move to Toronto in 1982 where he remained until he retired in 2005.

He was actively involved with neighbours in Don Mills and the St. Bonaventure parish community where he often poured coffee on Sunday mornings.

In recent years he found great satisfaction in helping many plan and secure their financial futures. He could always be counted on for sound advice.

Wayne will be remembered as a loving patriarch to his family.

He was so proud to see his children and grandchildren grow and find success in university and beyond. All who knew Wayne would say he was always his own man. He believed in hard work, honesty, and integrity. He has left us too soon, but his legacy will live on in all of the lives he touched.

He was as remarkable in death as he was in life.

In lieu of flowers, the family would appreciate donations to the Odette Cancer Centre, Sunnybrook Hospital.