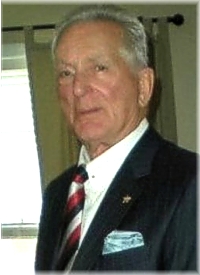 STARCHUK, James Dmytro   - It is with heavy hearts and deep sadness that we announce the passing of James Starchuk. James passed away peacefully, at the age of 91, after a valiant fight against cancer, on Saturday, July 24, 2021, at the Juravinski Hospital, Hamilton.

He is survived by his beloved wife Helen with whom he shared 70 loving years of marriage together.

James came to Ontario from Saskatchewan and built a life here for his family.

He was a devoted husband, father, grandfather ("Dziadzi"), and great-grandfather who was recognized for his strength and support.

His passions included baseball, hockey, his time at the Lowville Bistro and most importantly his family, taking much joy in his three great-grandchildren.

In keeping with his wishes, cremation will take place and a private family service will be held.

If desired, in lieu of flowers, a donation in memory of James to Bladder Cancer Canada, would be appreciated by the family.