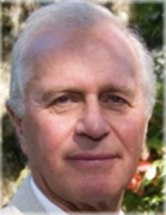 BONGARD, Rachmiel Samuel 'Ralph' - Passed away peacefully on August 3, 2021, at Extendicare Bayview, in his 84th year, after a lengthy battle with Alzheimer's disease.

Born June 15, 1937 in Toronto, Ralph was the oldest child of three to Unchel and Mirka Bongard.

He is survived by his wife Carol, daughter Toby, son Josh, his Little Brother Michael Boyce, and his two brothers Howard and Marvin Bongard.

A graduate of the Ontario College of Art & Design University, Ralph served as creative director at MacLaren Advertising before founding and operating Bongard Films Inc., a television commercial production house.

As a lover of movies, art, design, literature, cooking, music, and the Canadian wilderness, he was a Renaissance man, and one of the last Romantics.

He is remembered with great love by family and friends, and as a mensch by all who knew him.

If desired, donations may be made to the Alzheimer Society of Canada. A celebration of his life will be held in the fall.