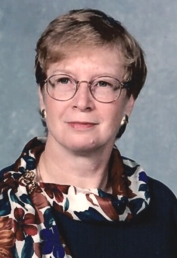 Dianne passed away peacefully with her partner/spouse of 27 years, Dr. Sarah (Sally) by her side.

She was born in Pittsburgh, USA and was predeceased by her parents John and Helene Young Shanley.

Dianne completed her nursing degree in Sewickley, Pennsylvania. Soon after, Dianne found her passion for psychiatric nursing, becoming one of the first Nurse Psychotherapists in the USA. She later added to this by training in Jungian dream work.

She broadened her work by becoming a nurse practitioner in Massachusetts.

In 1985 she began training as a Spiritual Director at Our Lady of Peace Retreat House in Rhode Island which eventually led her in 1992 to starting preparatory courses to become an Aspirant of Holy Orders to the Vocational Diaconate in the Episcopal Church with a special interest in retreat house ministry.

However in 1994 she met a stumbling block as her Bishop retired and the class of 5 was not ordained. She came to Oasis House, a spiritual retreat house in Muskoka where Sally was the director, to discern her next steps. Her final decision was to return to Oasis House in January 1995 to work as a Spiritual Director. Later, Sally and Dianne were married in 2004.

She will be remembered by many for her kindness, great listening skills, her wonderful sense of humour, and her love of people of all sorts.

Although we know she touched many lives, due to current circumstances her funeral service will be held privately for her close friends and family in Toronto. Arrangements are entrusted with Ogden Funeral Home.

In lieu of flowers, please consider sending a donation to the Crohn's and Colitis Foundation of Canada or a charity of your choice.