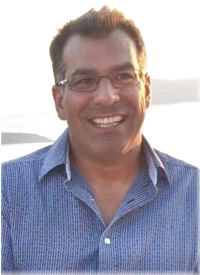 He will be dearly missed by his wife Janice Stevens, son Alexandros and daughter Olivia, mother and father Mina and John Drimaropoulos, brother Deno (Connie Iacono) and niece Christina as well as extended family, friends, and colleagues.

George will be remembered fondly by all who knew him.

A private service will be held in Vancouver, early next week.

In lieu of flowers, please consider a donation in George's memory to the Heart & Stroke Foundation of Canada: www.heartandstroke.ca.