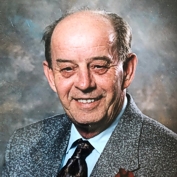 He was born December 6, 1938 to John and Lila Hirst of Willowdale. Jack was the beloved father to Michelle Evancio and Lesley "Leeann" Robertson.

He is the Grandfather to Ashley, Hailey, Desiree, Brett and Steven.

Jack is survived by his sister Linda Threlkeld. He was preceded in death by his parents and sister Joanne Kelterborn.

In his youth, Jack enjoyed racing snowmobiles and was an avid car lover. He worked for North York Hydro for many years until his retirement in 1995.

Jack spent his retirement fishing playing pool, he was a regular at the local BINGO hall and found a love for wood working.

Arrangements are entrusted with Thompson Funeral Home in Aurora. A private family service will be held September 21st.

Contributions in Jack's name can be made to Margaret Bahen Hospice or the Canadian Cancer Society which was dear to his heart.