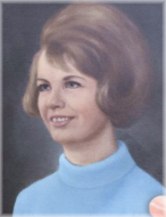 Carole was a long time member of the Toronto Cricket Skating and Curling Club, and was a former member of the United States Figure Skating Ice Dance Team, where she placed second in the World Championships in the 1960’s.

A service will be held for Carole at 2:00 p.m. on Monday, September 27th at the Humphrey Funeral Home Toronto with interment to follow.