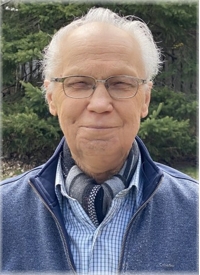 Beloved father of Maksym, and husband of late Maria Naumchuk (1996).

Mykola spent his "semi-retired years" with his spouse, Christine (Curkowskyj), traveling and enjoying life. Born in Heidenau, Germany, Mykola immigrated to Canada in 1968.

As a student he also played soccer on the engineering team, and was active with the Ukrainian Students' Club.

Mykola was actively involved with reviving Ukrainian culture and identity internationally from Canada to Ukraine.

He sponsored the pivotal mass musical festival "Chervona Ruta" (1989) in Chernivtsi, Ukraine, at the apogee of the glasnost and perestroika periods.

He continued to sponsor musical and literary revival programs in Ukraine.

As a professional engineer, Mykola led the design and production of major plants throughout the western hemisphere as a chief engineer. He continued serving private clients in Ontario throughout his later years.

Mykola will always be remembered for his warm sense of humour, positive energy, and his passion to promote to youth the importance of higher education.

He was a "renaissance man in motion". He lived an exceptionally full life in Canada, and touched many lives.

Private family funeral and internment in Toronto, on September 28, 2021. A celebration of Mykola's life to be held on November 6, 2021.