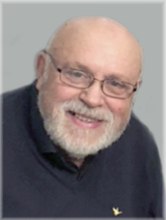 BARRETO, Manuel Serra - It is with great sadness that we announce the passing of Manuel Serra Barreto on Sunday, October 10, 2021 at the age of 80.

He is reunited in heaven with his cherished wife Elisa (Esmeralda).

Cherished by his dear children, Carla (Sam), and Michael (Ashley).

Manuel was born to Matilde and Anibal on June 10, 1941, in Padrão, Portugal. He was the third oldest of five children. After a beautiful courtship with the love of his life Elisa from Pegos, Portugal they married in Luanda, Angola in 1968. Two years later their daughter Carla was born.

Being forced to leave Angola after 12 years because of the Angolan Civil War in 1975, Manuel and his family along with his mother and father-in-law fled Angola to Portugal and shortly afterwards to Canada in 1976. In 1978 their son Michael was born. Manuel was a family man who worked hard all his life. Manuel worked equally as hard building his reputable and successful electrical, Heating and Air company, Europa Heating & Air Ltd. in 1980.

He was always involved in his Portuguese Associations and well respected in his community. He was a mentor to many in his industry. He was a proud member of several Portuguese community clubs and took part in many Portuguese events.

He was a member of the Portuguese War Veterans of Ontario and helped many war Veterans that needed help. His house was always open. Manuel had a passion for his family, travel especially to his beloved Lousã Portugal, antique cars, fine wine and espresso.

Manuel was known for his quick wit, kindness, generosity, and the definition of a true gentleman. Manuel will be held dear in the hearts of his children, grandchildren, extended family, and friends